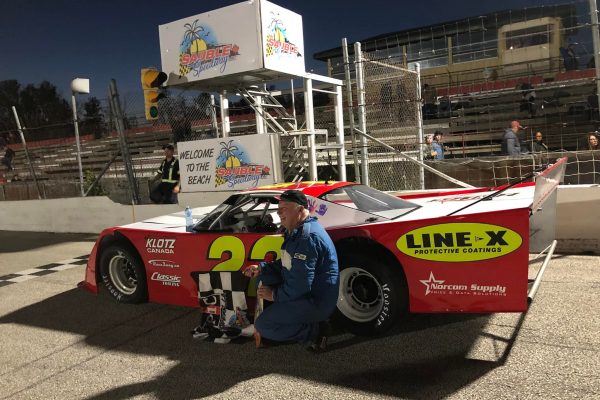 Monday - July - 2022
SAUBLE BEACH, ON – While the opening two rounds of the Ontario Outlaw Super Late Model Series has seen a number of up-and-comers steal the headlines,
Round 3 of the tour at Sauble Speedway had a decidedly veteran podium. 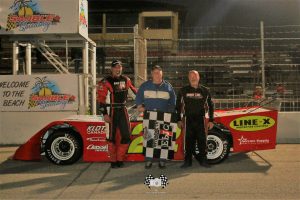 The event was won by multi-time champion Glenn Watson, who found himself pursued closely by championship contenders John Cadman and Dario Capirchio.
“We were happy with how good the car felt right off the trailer,” offers Watson. “From there, it was all about fine-tuning it through practice. By the time the feature was rolling out, we had a real good handle on it”
Watson started on the pole, at first losing the lead to Cadman, before clawing his way back to the top spot and settling in en route to his first win of the 2022 season.
Cadman would hold on to the runner-up position, with Capirchio’s Bill Passer-owned No. 03 completing the top-3.
“All in all we had a real good car at Sauble,” says Capirchio. “I felt like we were quicker than (John Cadman) but I don’t think we would’ve had anything for Glenn. His guys had that car on a rail. Overall, we had a good points night and picked up some valuable setup notes.”
Heat races were on tap for qualifying.  Winners for the heat races were the 07 of Todd Campbell, 71 of John Cadman, 17 of Brandon Passer, and the 22 of Glenn Watson 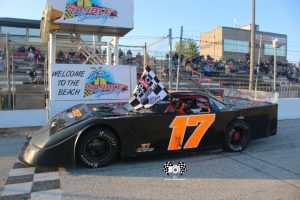 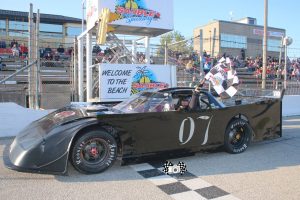 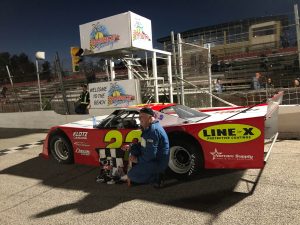 Photos by Katie’s Race Car Photography
Feature Finish
Scoring Note – the 07 of Todd Campbell transponder was missed on laps 21, 26 & 27 which we corrected via Race Monitor Lap Detail.
The tour will return to competition on July 23rd, with Peterborough Speedway playing host to Round 4 of the 2022 season.  Details – including gate times and ticket prices – can be found at www.PeterboroughSpeedway.com

There are currently no upcoming races, but stay tuned for updates!